How to Put a Duvet Cover on a Down Comforter 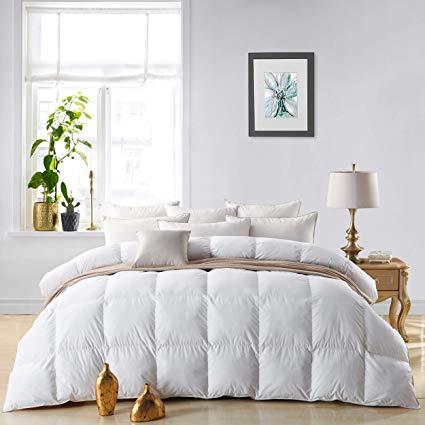 The easiest way to put a duvet cover over a down comforter. Here are step-by-step instructions on how to complete this task.  After reading it, you can put the duvet cover yourself.

1. Put your duvet cover on the top of your bed and make sure the opening is at the foot of the bed.

2. Place the down comforter on the floor at the foot of the bed.

5. Use one hand to grab the top corner of the comforter and then feed it up the side of the duvet cover. Keep doing this all the way to the top corner.

7. Now it's time to move to the other side of the bed and repeat this same process. This time, you should be able to pull the duvet cover all the way to the foot of the comforter.

8. Move back to the other side of the bed and pull the duvet cover down to the foot.

Now, consider yourself a pro as you have just mastered the art of putting a duvet cover on a down comforter.

When it comes time to purchase your next luxury duvet cover or down comforter, be sure to check out https://www.ubesthome.com/.

We are one of the only custom-made bedding manufacturers in the nation which not only sells quality merchandise at affordable prices, but it also ensures that every single design is custom made to suit the ongoing needs of a potential customer.

Previous: 6 Ways to Use Muslin Swaddle
Next: Christmas Gift Guide